From 15th to 17th April 2015 representatives of the project partners from Kosovo, Marimangat e Pejes, and Montenegro, Planinarski Ski-Klub “HAJLA”, took part in a study visit in Bratislava and the High Tatras (“Vysoke Tatry” Mountains.) The study visit was prepared by the Slovak partners in the project – M.E.S.A.10 and Tatranský okrášľovací spolok. The program was designed so that the Kosovo and Montenegro partners acquire basic overview of the development of tourism in the High Tatras region with all different aspect of:

Among others, the program included presentations and discussions with representatives of the Tatry Mountain Resorts; mayors of two districts of the Vysoke Tatry town about functioning and lessons learned from the system of the Regional Organization of Tourism (OOCR) in High Tatras; State Forests Management; National Park High Tatras Management; Mountain Rescue Service. Project partners also visited several High Tatras mountain huts, discussed their management and learned the specifics of the trails marking in Slovakia in general and in the Tatry Mountains in particular also during the winter season not only in theory but also in practice during a hike from Skalnate pleso to Hrebienok. Both in Bratislava as well as in High Tatras, the Kosovo and Montenegro guests had also chance to talk to cycling tourism promoters about tourism aimed at attracting cycling fans, which is something in which our Kosovo and Montenegro partners see a big potential for their region.

Next project step is the summer event in June 2015, during which volunteers Slovakia, Poland Hungary, Kosovo and Montenegro will clean and mark with signs the bicycle trails in the mountains around Peja (Kosovo) and Rožaje (Montenegro) in an attractive, but for tourism still largely inaccessible area of Albanian Alps (Accursed Mountains).

During the visit, the parnters from the Western Balkans also learned about the opportunities of fundng of future projects by the International Visegrad Fund and the Funds current sectorial priorities for their region. The IVF supported also this activity within the project Western Balkans and V4: Building Trails Together. 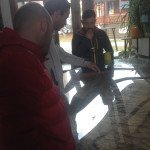 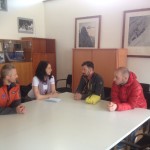 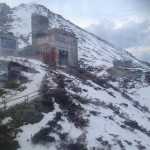 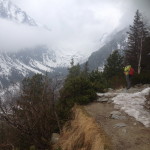 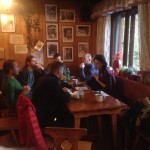