Tomas is an economist and policy advisor who specialises in public finance management, political economy, and structural reforms. He is a graduate of the University of Economics in Bratislava and the University of Edinburgh. In 2011-2012, Tomas served at the Slovak Ministry of Finance as an advisor to minister. Before that, he was an analyst at the Ministry of Justice and a tax assistant at KPMG. Tomas has more than 5 years worth of experience working for central government agencies, political parties, and think-tanks. As a fellow at MESA10, he is mainly responsible for drafting analytical reports and policy recommendations based on Slovakia’s reform experience. Tomas speaks fluent English and German, and a bit of Spanish. He is a popular blogger, and his interests include history, politics, and sports. 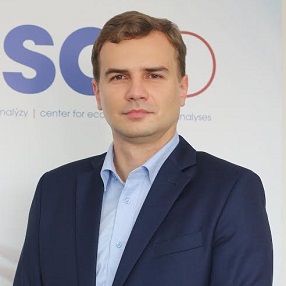