Jan has a Masters in economics and 12 years of experience in the field of public finance and public administration. He started working on business-government relations in the NGO sector and joined Slovakia´s MoF shortly after. He was advising the Jan is economic and finance policy expert of MESA10Deputy Minister on fiscal policy and in 2004 became director of the budget analysis department. During this time he actively participated in the Slovak PFM reform process. Jan joined MESA10 in 2006 as a Senior Fellow covering finance and economics and in 2010 became also the acting President. As an international consultant he is focusing on PFM reforms in transition countries. Jan has rich experience in advising high level officials in Slovakia and abroad. Besides Slovak he also speaks fluent English and German, and a bit of Russian. 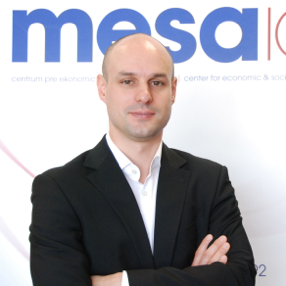